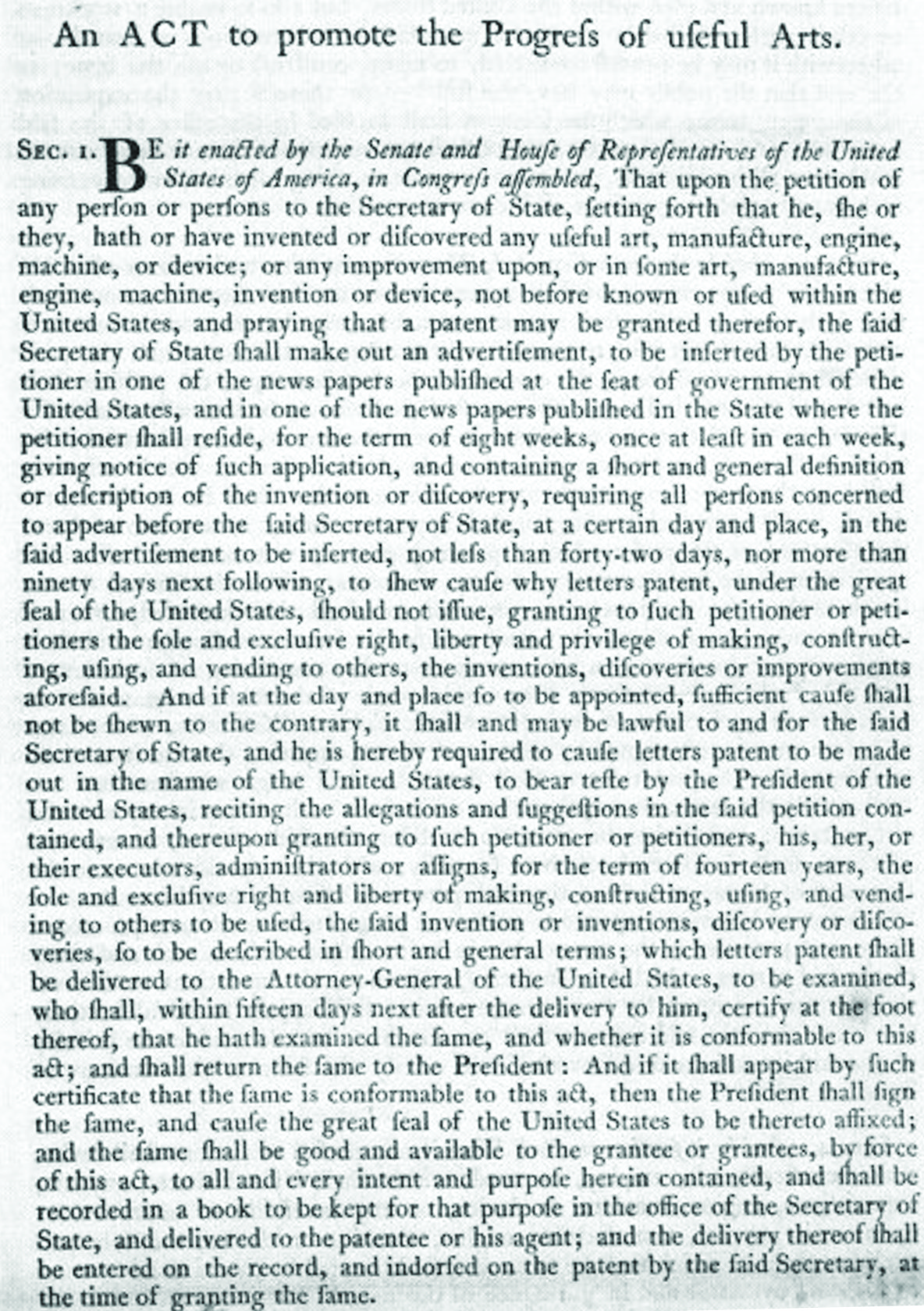 Today marks the two hundred and twenty-fifth birthday of the U.S. Patent system.  The founders of the United States envisioned a system that would establish and enforce property rights in works of authorship and inventions for a limited time in contrast to the chartered monopolies of Europe.  Unique in nature, the United States patent system would be established through constitutional and statutory authority.  It can even be argued that our patent system would ultimately democratize innovation by making patents accessible to common people.

Article I, Section 8, Clause 8 of the Original United States Constitution

The newly ratified Constitution (Article 1, Section 8, Clause 8) vested authority in the United States Congress: “To promote the Progress of Science and useful Arts, by securing for limited Times to Authors and Inventors the exclusive Right to their respective Writings and Discoveries.”  The first Patent Act was signed into law on April 10, 1790 by President George Washington.  The original Patent Act established a committee of three members with the authority to grant or refuse patents.  The three members were the Secretary of State, the Secretary of War, and the Attorney General–those members being Thomas Jefferson, Henry Knox and Edmund Randolph. 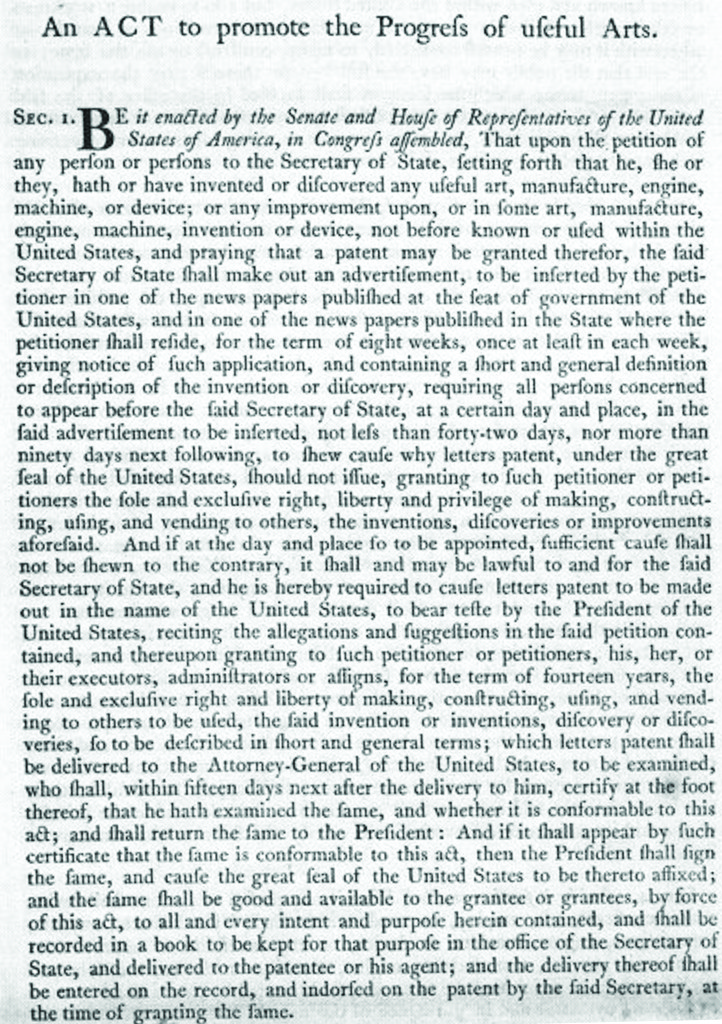 Section 1 of the Original Patent Act of 1790

The first patent to be granted under this new system issued on July 31, 1790, to Samuel Hopkins for his discovery of a process of making potash; an ingredient used in fertilizer, glass, soap, dying cloth and gunpowder.  The original Patent Act was not without its share of shortcomings, though, and would undergo a series of transformations beginning in 1793.  Nine million patents later, the United States patent system still stands as an example for the world to follow. 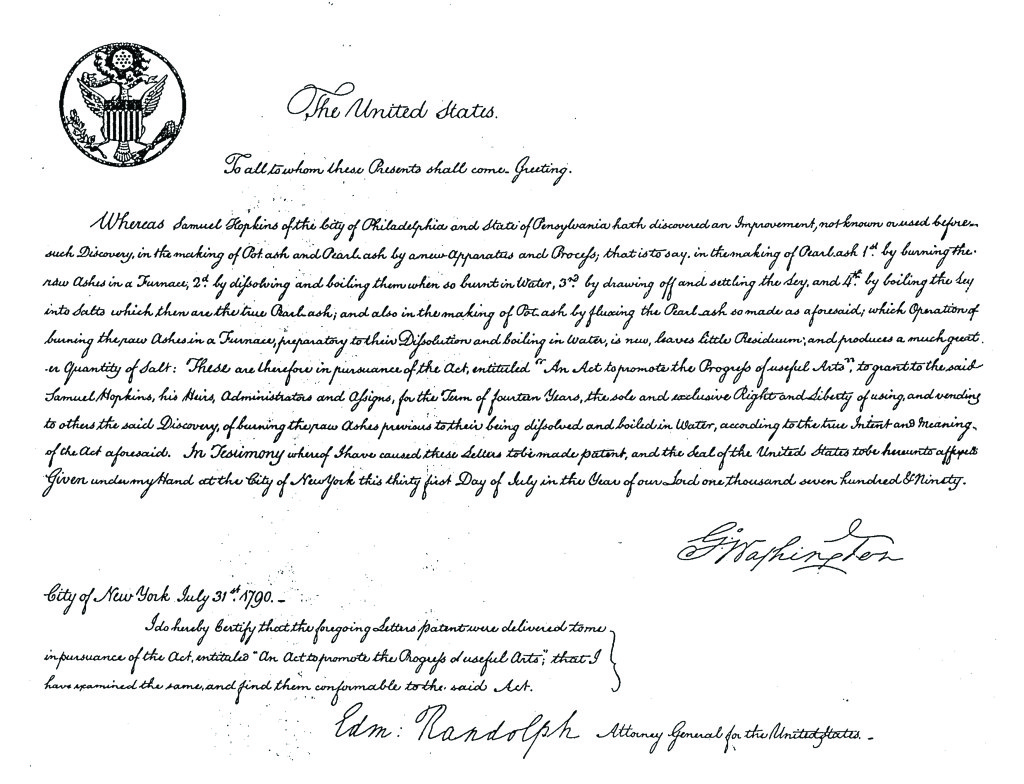 The Thornton Firm celebrates 225 years of intellectual property law in the United States.  And, as always, the spirit of innovation is alive and well in America.