The Thornton Firm has been up and running for over a week.  Launching a business is no easy feat, and keeping things moving forward will most likely involve plenty of challenges in the coming months.  The good news is that the groundwork is pretty much in place.  We’re still working out a few glitches here and there, but things are slowly getting dialed in. 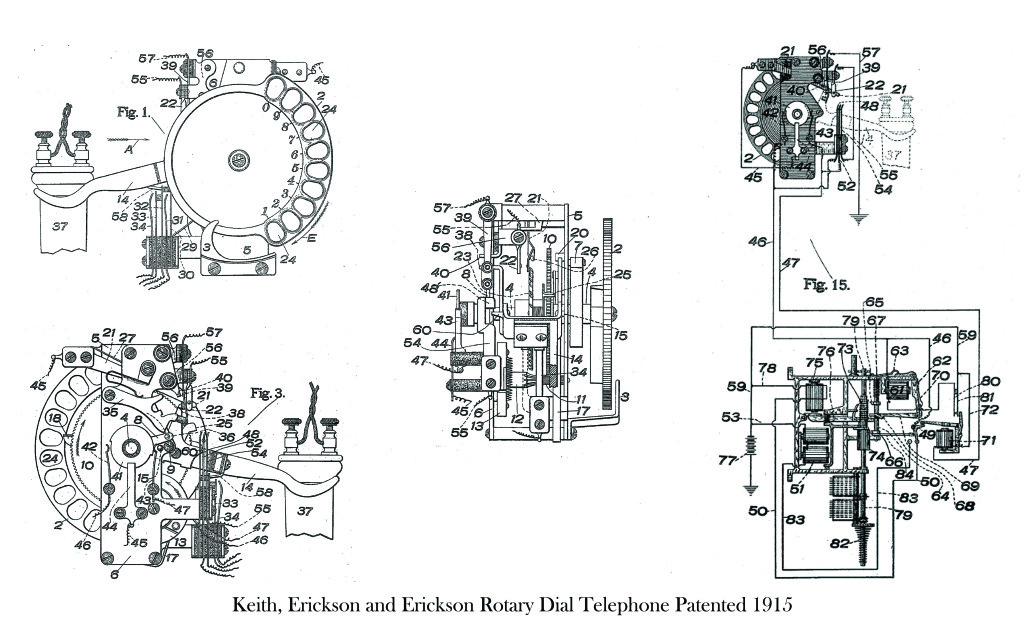 While on the subject of getting things “dialed in,” the thought of rotary telephone dialers somehow crossed my mind and I wanted to know a little more about the subject.  Though Alexander Graham Bell gets most of the credit with regards to pioneering the telephone and telecommunications, others made significant contributions.  I’m sure there are plenty of works pertaining to the history of telecommunications in the United States written by better authorities on the subject, so I’ll just keep my words short and simple.

Mechanically and electrically speaking, a rotary dialer used (I’m pretty sure that it’s safe to use the past tense when referring to this technology) mechanical energy to produce a series of electrical impulses which were decoded at a telephone exchange station (that’s the extremely brief explanation).  Before the dialer, telephone calls were completed by directly telephoning an operator who manually connected lines from a switchboard.  The dialer streamlined this process, which would ultimately become automated.

Although the rotary dial was first patented by Almon Brown Strowger in 1892, it wasn’t until 1903 when Alexander E. Keith, John Erickson and Charles J. Erickson developed and ultimately patented a model with finger holes added to the dialer.  Over the course of the next ten to fifteen years, the rotary dial evolved into what most people know as its most common embodiment.  By 1919, the Bell System, and its virtual monopoly over the rapidly growing telephone industry, began using rotary dialers in place of manual switching exchanges.

And the rest, as they say, is history.  Until next time, keep innovating.